Get Ready to Wiggle...

We had fun at the Wiggly Play Centre in Vilawood, Sydney. 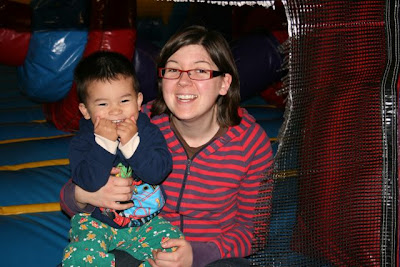 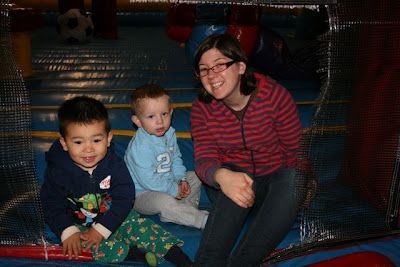 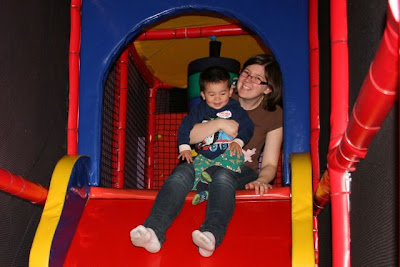 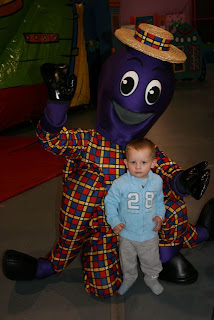 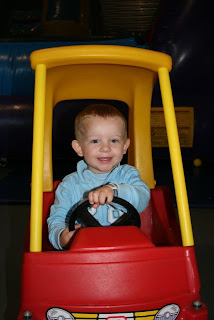 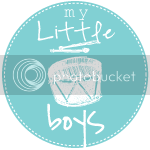 Email ThisBlogThis!Share to TwitterShare to FacebookShare to Pinterest
Labels: out and about

Have you ever had one of those cleaning jobs that feels never-ending? Like cleaning vomit out of the car-seat? Or getting rid of the smell of cat urine in the carpet? We have recently had one of those events in Lohtown - a horrific mould situation in the boys' room.

It started with a little mould on the window frame, the man-hole and a nearby picture frame. I read Julie's post about "ew" cleaning and I thought "I must get around to that...". Then one morning, I pulled out a toy box to put something away and I found MOULD - lots of it. All over the box and the toys inside. I pulled out the other toy boxes and looked inside. Lots of them had mould :(

I tipped a boxful of toys into the bath and filled it up with a tea-tree solution. I scrubbed the toys with a brush. Mr Sociable helped for a while (until he got bored found other things that required his attention). I felt really pleased with myself when I had scrubbed clean a whole basketful of toys. 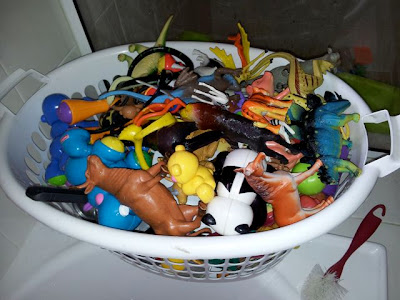 At this stage, I didn't realise the enormity of the mould problem. I just kept scrubbing those toys for hours - shoulders aching, hands shriveling, children complaining that Mummy wasn't giving them any attention.

Then I noticed that there was mould behind the boxes, on the wall. So I removed the drawer units and cleaned the wall behind (with Mould Power - in case you were interested...). I cleaned the other walls too - which is when I noticed the mould on Mr 4's desk. I cleaned his desk (and washed all the dress-ups that were inside the drawer of his desk).

Then, we found the saddest thing... The mould had done permanent damage to Mr Sociable's car bed (not to mention my mummy-guilt about my son sleeping in a mouldy bed....). We threw out the bed. Mr Fun's cot and mattress were also mouldy - so we threw out the mattress & cleaned the cot. 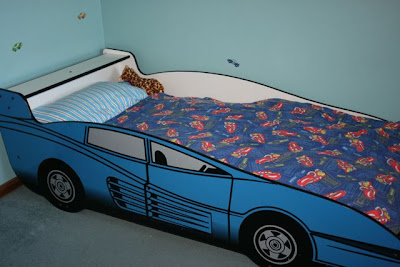 All up, I was scrubbing for about a week and drying out toys for a week after that (actually, some of the toys are still not dry on the inside). I never want to clean mould on this scale again! So, to prevent this cleaning horror story from happening a second time, we have resolved not to use the vapouriser any more. We have also started to open the windows every morning (yes, I confess that the room was often left dark when we went out, rather than soaking in the morning sun). Saffy cat is enjoying lying in the sunshine each morning!

The kids room is all finished now - most of the toys are back in, although some have disappeared (because they were too hard to clean or because Mummy had been waiting for a chance to get rid of them...). We bought the boys a bunk bed, which we were planning to do for Christmas. They have slept surprisingly well - Mr Fun has been sleeping better than he was in the cot and Mr Sociable has stopped coming into our room in the night (hooray!). 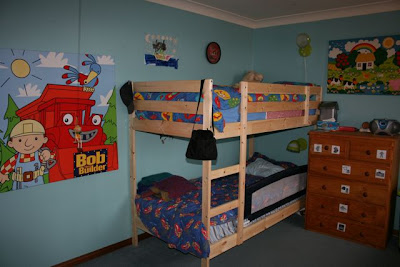 I'm really happy with the organisation in the boys' room now - the toys fit better into the boxes now that some of them have been thrown out. There is also more space to play now that we have packed away the cot. The boys have enjoyed playing in their clean room with clean toys. They have found lots of cool toys they had forgotten about. It's been a little like Christmas! ;) 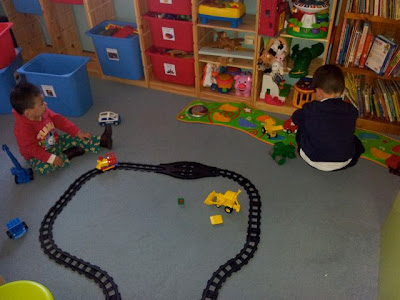 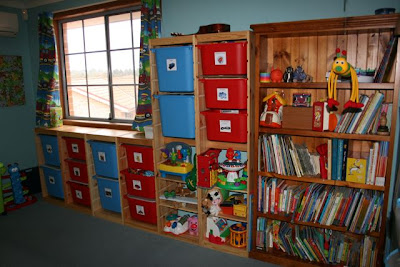 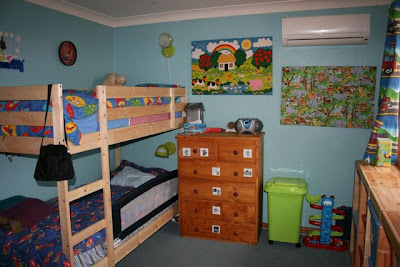 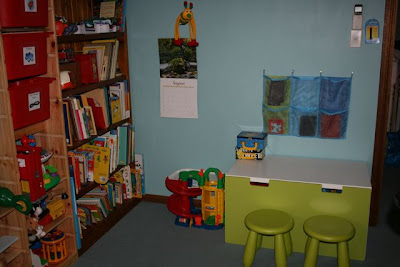 The other night, right on bed-time, we realised that the boys' lamp was broken. They like to sleep with the lamp on (it has a very low-watt globe and we leave it on all night). I needed to find a quick solution so that the kids could go to sleep.

I grabbed a glass table-lamp from IKEA that I has been lying around our house, unused. I cut some wrapping paper to size and sticky-taped it to the outside of the glass and put in a globe. 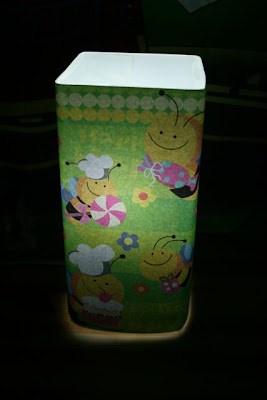 After the usual excitement that follows a change in their surroundings, the boys went to sleep by the light of their new lamp. I might eventually replace the wrapping paper with something a bit more "boyish" (Mr Sociable tells me that the paper is too girly), but I don't think I'll bother to buy a "proper" night light. This one is working well!
Posted by Erin at 16:36 0 comments